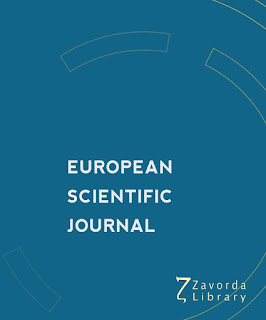 Karakosta Konstantina,
«The Greek Merchants of Moschopolis», European Scientific Institute, ESI 18.10 (March 2022), p. 115-138.
2022
PDF
Summary
Moschopolitans, the residents of Moschopolis, enjoyed remarkable economic growth and prosperity. The first written records, referring to this shift and proving the commercial presence of Moschopolitans in Venice, have already appeared in the 16th century and consist mainly of correspondence. Exports of processed and unprocessed wool and the development of commercial contacts with markets of Venice constitute proof of the developed livestock in the studied area, which soon led to surplus products and the need for migration in search of new markets. So, a mountainous enclave was formed. The fabric was produced and exported to foreign markets and  contributed to the initial formation of the “Industrial Revolution” in  the Turkish-occupied country. Gradually, small domestic industries became the most important economic factor of the mountainous area throughout the 18th  and 19th  centuries. The article studies the trade relations of Moschopolitans with the ports of Venice, Dyrrachium (Durrës) and Ragusa (Dubrovnik), through the commercial correspondence, the role of the Venetian consul (bailo) in Dyrrachium, Moschopolitans relations with the authorities of Constantinople and Dyrrachium and how and why they gradually withdrew from the markets of Venice.
στις Σεπτεμβρίου 06, 2022